Who should pay for local public affairs journalism? Questions with Christopher Ali 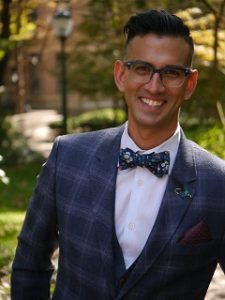 What exactly is local news and, more broadly, local media? How should we regulate it and how much do we value it? Is it important enough, for instance, for us as taxpayers to subsidize local news gathering organizations – or even more radically, should our governments provide local news free of charge, just as public education is offered free to all citizens?

Christopher Ali, an assistant professor at the University of Virginia, tackles these questions in his new book, Media Localism: The Policies of Place (University of Illinois Press, 2017), which addresses the difficulties of defining and regulating local media in the 21st century in the United States, United Kingdom, and Canada.

Ali has focused much of his research on the issues confronting local news organizations and the implications these difficulties have for the long-term viability of local news. Economists have long defined public service journalism as a “public good” since everyone in a community and a democracy benefits when citizens are well informed about the issues and choices confronting them.  In the article below, Ali argues that our democracy depends on free flow of information at the grassroots level. With local newspapers reeling from economic disruption, he posits that community-based, public service journalism should be considered not just a public good, but a “merit good” subsidized or provided free by government since it benefits our entire society. 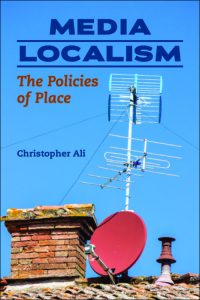 Ali received his PhD from the Annenberg School for Communication at the University of Pennsylvania and has worked for the Federal Communications Commission, consulted with the South Korean Committee on the Impact of Media Concentration, and was part of a consortium of researchers, activists, and practitioners intervening at the Canadian Radio-television and Telecommunications Commission regarding community and local media.  He is currently a fellow at the Tow Center for Digital Journalism at Columbia University co-authoring a report on the state of small market newspapers in the United States, Local News in a Digital World: Small Market Newspapers in an Era of Digital Disruption.  He is also a fellow at the Center for Advanced Research in Global Communications at the University of Pennsylvania, where he will begin research on a new book, Farm Fresh Spectrum: Rural Interventions in Communication Policy, which examines the role that farming communities play in shaping communication policy.

I’ve always been interested in local media – local television in particular. My mother ran a local television station when I was growing up in Winnipeg (CKND-TV, now Global Winnipeg), so I guess you could say that an interest in all things local runs in the family. I’m particularly fascinated with the institutions and organizations that produce and regulate local media. As for the merit goods article, this is an idea that formed part of the concluding chapters of my forthcoming book, Media Localism: The Policies of Place, about local media policy in Canada, the United States, and the United Kingdom. The concluding three chapters investigate and propose different policy solutions for protecting and fostering local media, especially local news. One of the major challenges facing scholars interested in media policy and regulation is to get our research in front of regulators. Often regulators dismiss anyone who isn’t an economist or a lawyer. Not being an economist or a lawyer, myself, I wanted to find a way to use economic theory to talk about local news and to justify increased regulatory attention and even subsidy.  I argue that we need to stop calling local news a “public good” and call it what it actually is – a “merit good.”

What were some of the major research findings in either the academy or industry that preceded your work?

Something that I loved doing in my book is delving into philosophical ideas.  Indeed, one of the larger questions my entire body of scholarship and research addresses is: “what does it mean to be local in the digital age?” We used to think of being local as being synonymous with being in a place – a town, a city or a village. Today, however, this is not the entire story. What does it mean to be local when we can work in one location, go to school in another, live in a third and chat with a friend 1,000 miles away, all in the same day? What does this mean about our ideas of localness, place, community and space? Moreover, what does this mean for local news? What is local news anymore? I use these questions as a starting block to examine the policies, regulations, and laws governing our media systems.

What are the implications of your research? What areas are you researching next?

Policy has an important role to play in encouraging local media and local news. Often times this gets overlooked or dismissed, especially here in the United States. There have been moments – policy windows – where excellent decisions have been made, and these are moments to learn from and replicate. For instance, there have been some excellent and exhaustive reports on local media – such as the FCC report on the Information Needs of Communities in the U.S., or the Lincoln Report in Canada – that have been almost completely forgotten. We need to have a sustained, holistic, and inclusive conversation about the type of local media ecosystems that we want and hopefully my work – both the book and the merit goods article – will contribute to this conversation by offering a new perspective on local media.

Right now I’m working on two major projects, both of which take their cue from Media Localism and from my merit goods article. First, as a Fellow for the Tow Center for Digital Journalism at Columbia University, I have spent the last nine months working with my research partner, Damian Radcliffe of the University of Oregon, on assessing the state of small market newspapers in the country, with a particular focus on their use of digital technologies. This project included in-depth interviews with dozens of experts and practitioners and a survey of small market newsrooms. The results should be published in March.

My second major project is more about policy than about journalism. As a Fellow at the Center for Advanced Research in Global Communication at the University of Pennsylvania I will start research on a new book that will look at the relationship between farming communities, communication technologies, and communication policy. It keeps me focused on localism, but allows me to investigate an area that is often neglected by scholars, researchers, and policymakers – rural communication.