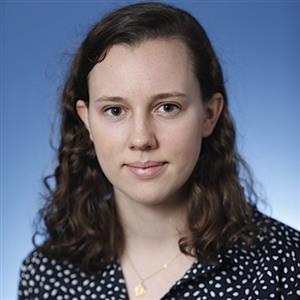 Alarmed by the shuttering of hundreds of local newspapers in the U.S.  as well as massive reporter layoffs in recent years, the Brookings Institution’s Clara Hendrickson undertook a study aimed at understanding what was at stake for American democracy and what could be done to reverse the trend. “Local Journalism in Crisis: Why America Must Revive Its Local Newsrooms” concludes, “When important stories go uncovered, communities do not have the information they need to engage in the political process and hold government and powerful private actors accountable.”

The Brookings report includes a number of suggested remedies that are being considered or have already been enacted elsewhere, including a tax deduction for subscribers to local news organizations, tax relief for publishers that produce public service news and public funding of news organizations. In addition, the report notes, “New regulations and antitrust enforcement targeting large online platforms can play a role in sustaining local media.”

Author Clara Hendrickson is a Research Analyst in Governance Studies at the Brookings Institution. Her research interests include rising regional inequality, the economic and political challenges posed by “big tech,” antitrust enforcement, and the rise of populism in the U.S. and Europe.

"Local Journalism in Crisis: Why America Must Revive Its Local Newsrooms"  -  Clara Hendrickson

Why did you decide to undertake this research?

After Donald Trump was elected President, many of us who study domestic politics and policy wondered how our understanding of fellow Americans’ sentiments could be so off base. I couldn’t stop thinking about the growing disconnect between the national coverage we relied on and the local communities that ultimately determine our national democratic experience. A dearth of local reporting has given way to news diets dominated by national coverage that often focuses on partisan conflict in Washington. It has also entailed a loss of readily available information about local communities that can feed into national coverage. In this way, each cut inflicted on a community that saw its newspaper disappear - or become a former shell of itself - has cumulatively resulted in a nationwide wound. From the opioid crisis to the loss of manufacturing jobs across the American heartland, I’ve often wondered what developments other than the election of President Trump would have been detected earlier had there been more robust local coverage.

What is causing the local journalism crisis?

The local journalism crisis is primarily fueled by the challenges confronting local newspapers. Between 2008 and 2018, America’s newspapers saw a 47% drop in newsroom employment. Newspapers laid off thousands of employees during the Great Recession, and newspaper publishing is the only sector of the journalism industry that has continued to shed jobs at an alarming rate during a period of economic recovery and expansion. The rise of digital media – which predates the recession – helps explain these troubling trends.  When readers moved online, so did advertising, resulting in a steep loss in print advertising revenue that has constrained publishers’ ability to invest in the production of local news at the level they have historically. While newspapers’ digital advertising revenue has grown in recent years, total advertising revenue has declined (between 2008 and 2018, newspapers experienced an astonishing 68% decline in advertising revenue). The twin problems of falling consumer demand and falling advertising revenue has led newsrooms to adopt cost-cutting measures that exacerbate the challenge. Efforts to ensure a newspaper’s short-term survival can threaten its long-term viability. A newspaper that is under-resourced and understaffed is unable to sustain and attract readers and advertisers willing to put their money into a product whose quality has diminished.

What role do large online platforms play in the local news crisis?

There is an international conversation underway about how large online platforms should be regulated and what antitrust enforcement in digital markets should look like. In the United States, the inaugural hearing held by the House Judiciary’s Antitrust Subcommittee as part of its investigation into digital markets examined the ways in which large online platforms have undercut news publishers’ business model. The digital advertising market, and Facebook and Google’s dominance in it, has presented the greatest challenge for news publishers. The two companies often know more about a news publishers’ readers than the publisher itself, making them the better option for advertisers who want to effectively target consumers. These two platforms may not spend money on the production of content but they reap tremendous profits off those who do make substantial investments in news production. The resulting imbalance of power means news publishers hold little power to extract fairer terms from large online platforms that have become indispensable business partners.

How do the solutions proposed by Local Journalism in Crisis provide a new perspective on this crisis?

While many continue to debate whether the market for local journalism can correct itself, the solutions I propose encourage government involvement to stave off further losses in local journalism. Efforts to sustain high-quality local reporting have generally taken the form of adopting the non-profit newsroom model. But so far, philanthropy has not come close to making up the revenue losses that have hit the industry in recent years. This portends a greater role for government both through providing public funding for local journalism and addressing the ways large online platforms have threatened the traditional business model for local news. The economic challenges confronting today’s local newsrooms are particularly troubling since the threats to the commercial viability of the local news industry greatly diminishes our ability to meet the demands of living in a democracy. Those who read, listen, and watch the news are not just consumers; they are also citizens. Public policymakers should ask themselves what kind of pressures the market for local journalism should be asked to withstand and what kinds of public support it merits.
Permalink
Spotlight on Research
Brookings Institution, Clara Hendrickson, digital advertising, digital media, local journalism